Geopolitics: How an energy-friendly future will bolster the region - THE JERUSALEM POST 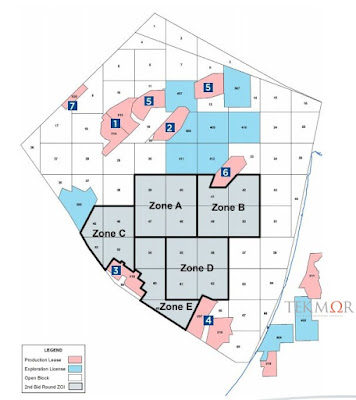 National Infrastructure, Energy and Water Minister and security cabinet member Yuval Steinitz has held a wide range of senior ministerial and Knesset committee positions during nearly two decades in Israel’s parliament. Yet overseeing what can only be described as a revolution in Israel’s energy sector since 2015 might prove to be his most memorable task.

Until major discoveries of natural gas off Israel’s coastline in recent years, few would have dreamed of natural resource-poor Israel supplying former adversaries Jordan and Egypt with natural gas valued at $26 billion.

With ambitious plans to construct a 2,000-kilometer pipeline to supply eastern Mediterranean gas to Europe, and with scientific predictions of additional vast natural gas fields still to be discovered in the Levantine Basin, Israel’s unexpected gas boom to date may be only the tip of its national energy iceberg.

Energy supply and dependence, particularly Arab oil, has always had an important impact on diplomatic relations worldwide. Now, for the first time, Israel is enjoying the fruits of its role as an energy supplier, both domestically and abroad.

Speaking to The Jerusalem Post in early November ahead of his appearance at the Post’s Diplomatic Conference on November 21, Steinitz, who worked as a University of Haifa lecturer in philosophy prior to entering politics, spoke not of theorems or logic but of his vision for Israel’s energy future.


What is your vision for Israel’s energy future?

We are in the middle of a revolution in the Israeli energy sector. In the last three years, there have been some dramatic developments.

First, the establishment of the gas framework that enabled the development of the Leviathan, Tamar and Karish-Tanin gas fields. We know for sure that we are going to have vast resources of natural gas with three different, separated fields and supply chains.

This gave us the opportunity to replace close to 60% of our electricity production from coal to natural gas. In a few years’ time, we are going to totally eliminate the use of coal and other polluting fuels in Israel. First in electricity production, but also in industry and in transportation.

My vision is that from 2030 to 2035, all private cars will either be electric or hydrogen cars, and all trucks and buses will run either on electricity or compressed natural gas. We are going to change direction totally – instead of becoming one of the most polluted countries in the West, Israel will be one of the cleanest.

The revenues from the development of the natural gas fields are going to be very significant. We have established Israel’s place as a key player in the regional energy market.

What does increased energy independence mean for Israel’s diplomatic relations?

Regarding Jordan and Egypt, this will be the first significant economic cooperation between Israel and the axis of peace. Israel, Jordan and Egypt will connect in one natural gas transmission system. It is difficult to overstate the importance of this.

We are also going to supply natural gas to Europe. We won’t be the biggest supplier, but it is significant to supply even some portion of the European energy demand.

In the past, it was always Arabs that supplied Europe with energy, and they used their energy dependence to pressure Europe in their favor. Now there will be something to balance that.

What is next for Israel’s developing natural energy resource sector?

We are expecting the discovery of many more gas fields. What has already been discovered was very significant but only the beginning.

Much more natural gas is yet to be discovered in Israel’s economic waters. We will soon reopen most of our economic waters for exploration, and we will improve the conditions.

I want to invite companies from the United States and Europe to consider participating. Maybe there were skeptics in the past regarding exporting gas from Israel before [the] signing [of] contracts with our neighbors and agreements for the cross-Mediterranean pipeline.

I think it is much more attractive now to explore the rest of our economic waters and to discover additional gas fields in the eastern Mediterranean in general, and in Israel in particular.

What can Israel offer to huge developing economies in terms of energy and water expertise?

Everybody is coming to learn from us. The Israeli water system is considered to be the most sophisticated and successful in the world.

We decided to double the amount of desalination in Israel in order to overcome the current drought. We will be able to supply more drinking water to our people and to our farmers.

In June, the government approved a plan, the first of its kind in the world, to desalinate additional water from the Mediterranean Sea and to bring it to the Sea of Galilee [Lake Kinneret] in order to save our only national lake.

We have so far been able to desalinate nearly 600 million cubic meters of water annually. Ten years from now we will have increased that to 1.2 billion cubic meters, to provide much more water and to take into account that we cannot squeeze the aquifers and the Sea of Galilee any more.

Turning to matters of security, what is your message to the United States and the European Union following US President Donald Trump’s withdrawal from the Iran nuclear agreement?
I think Trump did the right thing. He pulled out of the deal in order to pressure the Iranians to agree to a much better deal in the future. Things that won’t be limited to the next seven years but unlimited in time. I think the world should support this and should give the US full backing.

Iran is dangerous, not only for Israel and the US but for Europeans, too. If Iran tries to produce 2,000 to 4,000 km.-range ballistic missiles, the aim is not to hit Israel, because we are already under the range of Shahab missiles. The aim is to directly threaten Berlin, London and Paris.

There were expectations that Iran would behave itself after [the] lifting [of] sanctions, but that didn’t happen. On the contrary, they have increased their involvement and aggression all over the Middle East – in Syria, Yemen, Lebanon and Gaza.

Given recent and sustained violence, what do you propose regarding short-term and long-term solutions in Gaza?

We know [Palestinian Authority leader] Mahmoud Abbas is behind the new wave of violence in Gaza. He began to squeeze the people of Gaza by reducing the amount of electricity and salaries inside Gaza to cause a humanitarian crisis and lead it to explode in the direction of Israel.

We should be very careful not to let Abbas lead us to war without real goals that will maybe serve his and not necessarily our interests. If we can bring calm to the South without another round of conflict, it would of course be preferable.

We are not responsible for the disengagement and the breach between Gaza and Ramallah. It is time for us to enable Gaza some access to the external world – import, export and the movement of people – under our security control. This can be done with a port in Cyprus that will be carefully inspected by us, together with the Quartet [on the Middle East].

With the agreement of Cyprus, this solution can be implemented in a few months. You can terminate it if it’s being abused and they do succeed to smuggle arms and explosives to Gaza. You don’t take too many risks here.